The French President Hollande has welcomed the Duke and Duchess of Cambridge for a two day visit to Paris.

It is the first official visit to Paris, for the Duke, where his mother Diana Princess of Wales was killed in a car crash in 1997.

The Royal couple will also meet Survivors of the Terrorist Attacks in Paris and Nice.

On Friday evening the couple will be guest of honour at a dinner hosted by UK’s Ambassador to France Edward Llewellyn. 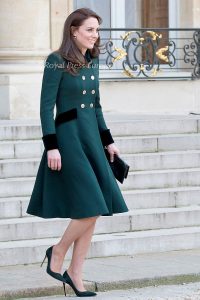